Politics SE seems to be plagued with hate speech, and not much seems to be done about it. Eventually the posts will get removed, but that doesn't stop the user from posting more hate speech. This is a recent answer from a user who repeatedly posts offensive, heavily biased answers, and in this case hate speech.

If you read the article, it actually states that those 23'000 are those who have been identified as subjects of interest in criminal investigations in the past.

But I think what you are really asking is "How many Islamic extremists are there in the UK?" to which I will try and provide a sufficient answer.

According to ICM polling statistics verified by the The Guardian, the most liberal newspaper in the UK, almost half of Muslims in the UK (47%) said they believe it is unacceptable for a homosexual to be a school teacher, and 52% believe that homosexuality should be illegal, compared with 5% of the normal population. More shockingly, the number of terrorist sympathizers (those who had sympathy for the actions of the people who carried out terrorist attacks) was 4%. If that's not an extreme view, I don't know what is.

The UK's muslim population is approximately 3 million and extrapolation of that data suggests that the extremist population of the UK is around 0.04 x 3'000'000 = 120'000 Islamic extremists in the UK.

Details about how the poll was conducted can be found here on the ICM web site. https://www.icmunlimited.com/polls/icm-muslims-survey-for-channel-4/

You may ask what makes this hate speech? Well first of all these statistics that are cited do not claim to be statistics for how many Islamic extremist there are in the UK. The statistic merely indicates how many have some sympathy for extremists, not how many are extremists. It is also worth noting the linked study has this statistic marked as having a small sample size, and therefor being potentially inaccurate. However this has not stopped the user from claiming this to be factual, and then using it to condemn Muslims as terrorists. Here is one of the users comments where he again claims this to be factual information:

Its a bad day for science when facts that answer questions honestly get downvotes. Come out of the shadows you little creeps!

This is also somewhat problematic as it is an attempt to bait other users.

However could this all just be an honest misinterpretation of the statistics and not intentional hate speech? No, I don't think so, and here's why.

This portion of the original post clearly attempts to relay the view that Muslims are dangerous terrorists. This user is deliberately telling people to be distrustful of Muslims.

So what is being done about hate speech on politics SE? It keeps popping up regularly.

So what is being done about hate speech on politics SE?

Using that particular answer an example, downvoting is what is being done about it. Seems to be working in this example.

Let's back off a bit and forget about the hate speech and focus just on the content of the answer. We immediately see that there's a bigger problem: it's not an answer to the question.

The question is pretty specific and quotes a source, which claims:

The answer doesn't address any of this at all. Instead it independently tries to prove that there are many "Muslim extremists" in the UK, but this isn't what the question was about at all.

In other words, it's a "magic eye answer": 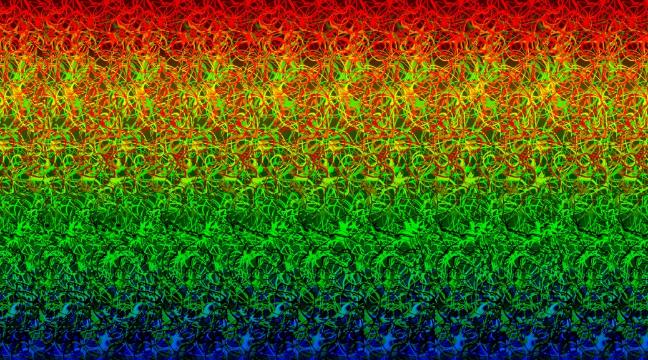 If you stare at it long enough and look cross-eyed enough it sort of looks like an answer, but it's not really.

This on its own makes it a poor answer.

What you want is censorship

The only way to avoid "hate speech" answers is to ban asking questions (or engage in any kind of discussion) about :

You are assuming that any question criticizing anything from minorities or sharing information about something bad related to them is hate but, even if the data is false or it reaches a wrong conclusion, you should just point the flaws and move on.

2
Weapons related tags - which ones?
5
Are there clear guidelines between politics and law on this site?
2
Engaging in holocaust denial is not acceptable behaviour
4
Do we hate memes at Politics SE?
6
Does this answer contain a "subtle put down"?
30
Why did my Trump's speech question get the response that it did?