Why was my comment on free healthcare deleted twice?

Why do American people or politicians not complain about healthcare?

In which I only stated that "there is no such thing as free healthcare".

The first time I wrote it I gave some arguments on why this is true. It is basic economics and I was born in a country with the so called "free healthcare" so I have both theoretical and empiric knowledge on the matter. The comment was silently deleted despite it had some upvotes and the three remaining comments with the opposite statement remained.

I wrote the comment again, this time with less theory and it was immediately deleted again. This time I took a picture to verify it. 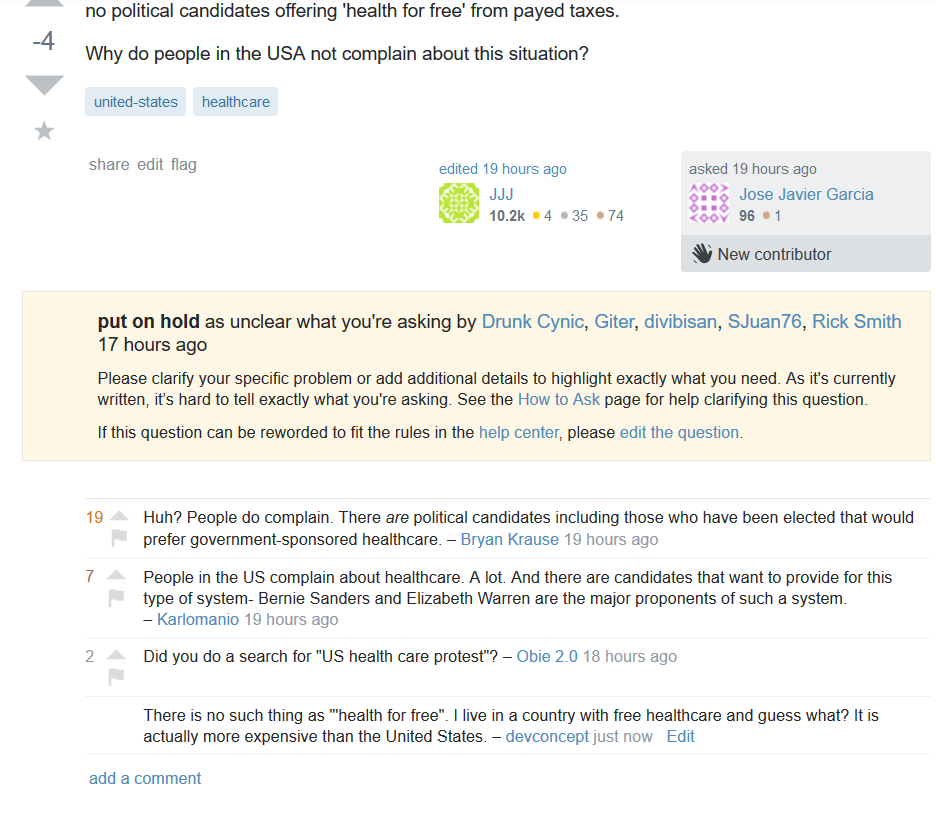 And guess what? It magically disappeared again 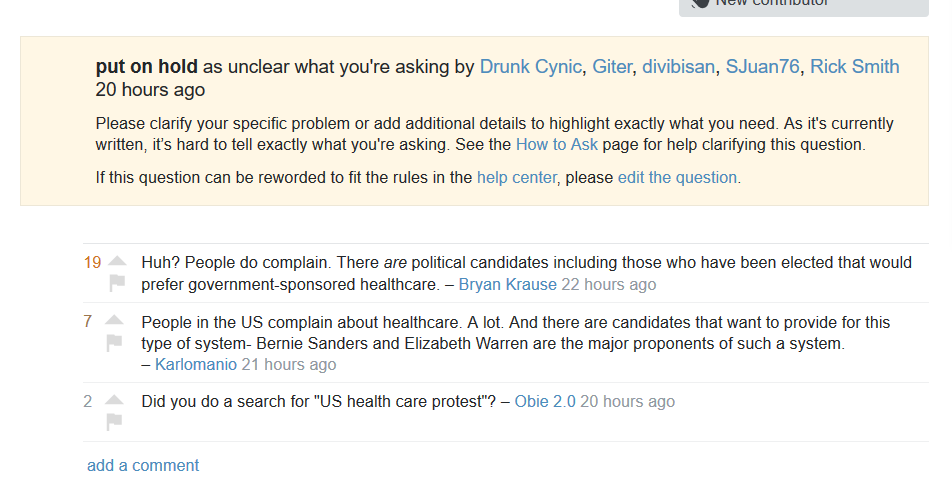 The question is on hold so there is no point in answering.

I'm not accusing anybody but I have to ask. Do we have unchecked political bias on a site that, I think, should be based on freedom of expression. I'm new on the site and if this are the rules of the game I might as well use my time elsewhere.

PD: I'm saving the content of the question in case it is deleted. XD

As shown in your screenshot, the question specifically refers to free healthcare as

In other words, OP already knows that "free healthcare" is not actually free - especially since their profile indicates that they're from Spain, which also has "free" universal healthcare. So your comment was probably deleted as "not needed", which is a valid reason for deleting comments here on StackExchange. It happens all the time, and I hope you don't take it personally and continue to contribute here.

Your comment was flagged and subsequent deleted twice because it did not fulfill any of the purposes comments should have according to the help center article about the commenting privilege. It did not request clarification from the author, did not provide constructive criticism aimed at improving the question and did not point out any transient meta-information.

Not the answer you're looking for? Browse other questions tagged discussion comments deleted-comments .

8
Why was my question locked, instead of deleted?
2
Why were all of the comments on my question deleted?
0
Comment was deleted but not understanding why
2
Is it allowed to mention the source/reference of possible answer in comments instead of writing answer?