Please do not flag suspended users as New contributor

(NOTE consider this question inactive - and dont waste time on it - until I have confirmed if Joe is correct about suspension and New contributor flags. If he is, well, this question has no reason to exist).

My previous question on meta was started partially out of concern at a very long suspension being issued to a "New contributor": 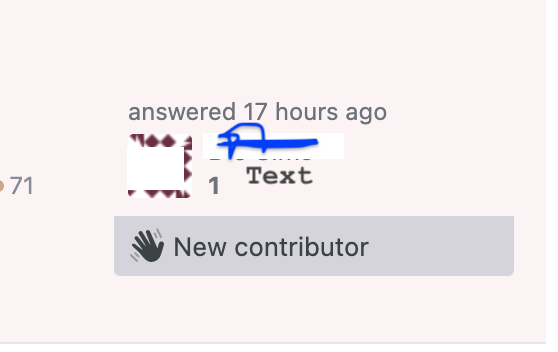 Turns out this user is apparently well-known for causing problems and is by no way a new user.

Please don't turn on the New contributor flag on a 1 Rep user when they get suspended, that changes the dynamics completely on how they are perceived.

I don't think this is a feasible request. Of course it's possible, but it seems like a lot of work (not for us but for Stack Exchange's developers) to resolve a relatively minor edge case.

To support this, let's take a look at how the flair is applied. According to Brian Nickel on main Meta:

This indicator is a bit that's added to posts when they are created. To set the bit, we look for a user's oldest non-deleted question or answer on the same site. If one doesn't exist or that found post is less than a week old, we mark the post as OwnerIsNewPoster. So, basically, all your posts for the first week will be marked as "by a new contributor".

When someone creates a new account, the post history will be empty so the flair will always apply. This applies to allowed sockpuppets and suspended users circumventing suspensions alike. After all, the system doesn't know that the new user is actually a sockpuppet of another user.

In case of suspended users circumventing their suspension we often delete the posts to discourage them from posting. In that case the flair will only be visible to a few high-rep users anyway, so it's not really troublesome. If you (as a high-rep user) want to know why the post was deleted, it should be clear if you go to the user's profile. If the user is currently suspended then it will be stated on the profile page.

There's a bit more info you can read between the lines. Regular moderators can issue a suspension for up to 365 days. If a user is suspended for longer then it means a community manager has looked at the case (and decided to apply a longer suspension) as well. Such action is reserved for users who have crossed the boundary so many times or in such a way that we don't even want to deal with the behavior once a year. Or as Monica Cellio put it on main meta (in reply to a question about a 100 year suspension):

If a user is suspended until 2118 network-wide, SE is saying: go away; nothing short of cryogenic stasis can save you, and if you do that we don't promise to let you come back anyway.

If a post has been recently deleted (by someone other than the author) while the author is not suspended and it's not clear why it was deleted then I think it's easiest to flag the post for moderator attention. Mistakes can happen, for example when 5 users flag a post as rude/abusive. In that case the post will be deleted without further moderator or high-rep user review.

Not the answer you're looking for? Browse other questions tagged feature-request .

6
Community bot deletion of an answer. And network-wide 5 year account suspension??? what's up?